Showing posts from December, 2011
Show all

In Defence Of Singapore's IPPT And NAPFA Fitness Tests 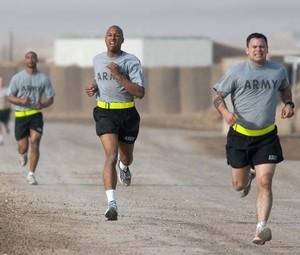 All home-bred, true-blue Singaporean male citizens who are serving or have served NS (National Service) as well as students (both current and former) of the Singapore Schools System would no doubt be very familiar with the IPPT and/or the NAPFA tests - both of which are mainstream occurrences in our military/uniformed and school institutions here in Singapore respectively.

Back in those days when there were hardly any physical fitness conditioning courses or formal fitness services around to turn to, these tests were often the bane of students and servicemen from one end of Singapore to another.

However, before we proceed any further, for the sake of those readers who may find these terms vague or unfamiliar, allow me to just elaborate a bit.
The IPPT actually refers to the Individual Physical Proficiency Test - which is a battery of fitness test stations used for gauging the fitness levels of our National Servicemen, Regulars and other uniformed organisations (eg. Civil Defence, Po…
Post a Comment
Location: Singapore
Read more
More posts