In Defence Of Singapore's IPPT And NAPFA Fitness Tests

All home-bred, true-blue Singaporean male citizens who are serving or have served NS (National Service) as well as students (both current and former) of the Singapore Schools System would no doubt be very familiar with the IPPT and/or the NAPFA tests - both of which are mainstream occurrences in our military/uniformed and school institutions here in Singapore respectively.


Back in those days when there were hardly any physical fitness conditioning courses or formal fitness services around to turn to, these tests were often the bane of students and servicemen from one end of Singapore to another.

However, before we proceed any further, for the sake of those readers who may find these terms vague or unfamiliar, allow me to just elaborate a bit.

The IPPT actually refers to the Individual Physical Proficiency Test - which is a battery of fitness test stations used for gauging the fitness levels of our National Servicemen, Regulars and other uniformed organisations (eg. Civil Defence, Police Home Team etc).

On the other hand, NAPFA refers to the National Physical Fitness Award Scheme which is a series of fitness tests mainly for civilians and/or students from the upper primary up to the junior college and polytechnic levels.

Interestingly, over all these years, even way back during my time in the school system from the 70's till the mid-80's, through the late 80's period when I was serving NS in the Armed Forces, and finally up to the period from the early 90's to around the mid-2000s when I served out the remainder of my reservist liabilities (guess you folks could probably tell my age by now.... ), both the NAPFA and IPPT tests have always received numerous brickbats from servicemen, civilians, students, concerned parents etc... many of whom claim that the tests are either 'unfairly designed', 'biased', 'redundant' or even downright 'ridiculous' and 'stupid'!!

These accusations are often leveled against specific stations in the test battery, namely: the sit-and-reach station in the NAPFA test, and the standing broad jump and shuttle run stations in both the NAPFA and IPPT schemes.


Incidentally, one of the most common complaints often heard is:

" Look! I score an A or B in all my test stations, but just because I flunk my broad jump/shuttle run/sit-and-reach, I have to re-take ALL the stations again. So UNFAIR right??? Where's the LOGIC?And does that mean I'm UNFIT??? Definitely NOT, right ?? "


Sounds familiar? What do you think? Is there an element of truth in the above argument?


Before we probe any further, let's take a look at the main objectives of these tests - from an exercise science point-of-view.

From what I know, when the Singapore Sports Council, MINDEF and the Schools PE Unit - in collaboration with various fitness authorities and experts from around the world - came up with these tests, the primary purpose was NOT to asses just 1 or 2 common fitness components, but rather, to gauge a range of important/crucial components or indicators that make up Overall or Total Fitness.

Again, the keywords here are "range" and "total fitness".

And unsurprisingly, after much testing, reviews and revisions, a series of tests (NOT just 1 or 2) were included in the test battery to assess one's OVERALL fitness, especially in relation to one's selected vocation (whether student, civilian, military personnel etc).

And the fitness components deemed most crucial to one's vocation and hence, included in the tests, range from muscular strength to muscular power to speed-&-agility, flexibility, muscular endurance and cardiovascular efficiency.


In a nutshell, as long as one or several of the fitness components are deemed important enough for assessment, there will be a specific station just for that particular purpose!

And correspondingly, in order to PASS either test and be qualified as FIT - in its totality - one must have achieved a certain standard in ALL the fitness components that make up TOTAL fitness!

By now, I hope that you can see why both the IPPT and NAPFA actually makes ABSOLUTE SENSE from a fitness point-of-view, and that the most arguments against them simply hold no weight when viewed from the correct perspective.

Frankly, as a fitness professional who has always advocated total or complete fitness, I am ALL for the IPPT/NAPFA scheme as a preferred mode of testing one's overall fitness.

I'm not saying that these tests are perfect, because they are not.

If fact, they can still be improved upon by modifying one or two of the existing stations, and perhaps even adding an extra station or two.But we won't go into that for now.

The truth is: these test stations are actually pretty good and effective at giving us a general picture of one's OVERALL fitness level - with minimum fuss.

And to those of you who still think that just because you aced your 2.4km run or could churn out 20 reps on your chin-up station, and therefore deserve some respect, or even a title such as MR/MS FITNESS........, very sorry folks, it doesn't work that way.

You need to have much much more than just achievement in a mere 1 or 2 or even 3 stations to qualify as TRULY FIT.

Remember: The true measure of a man (or woman) is always COMPLETENESS - and in this case, having balanced, all-encompassing development in every fitness component.

So the next time, before you're about to shoot your mouth off at the NAPFA or IPPT tests, pause for a moment and think again.

Maybe it's time for you accept reality that you may not be as fit as you think you are.

Rather than complaining, start working on your areas of weakness, instead of harping on the 'unfairness' of the system.

Start by learning to embrace the TOTAL fitness concept - and I guarantee that you'll be better off in the long run.

For those who are keen on learning more about fitness training in its totality and completeness, I would suggest that you start by coming back to this blog often!

And for those who think you may require some help in passing or acing your NAPFA/IPPT tests, do consider enrolling in our island-wide IPPT/NAPFA Fitness Conditioning Programs available across Singapore.

Till Then, All the BEST!

With the COVID-19 pandemic still wrecking havoc throughout the world, and with most commercial gyms and fitness facilities operating with se... 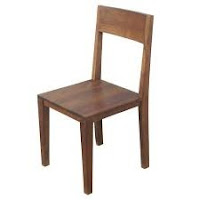